A cryptocurrency (or crypto currency) is a digital asset designed to work as a medium of exchange using cryptography to secure the transactions and to control the creation of additional units of the currency. Cryptocurrencies are a subset of alternative currencies, or specifically of digital currencies.

These pages on my website deal primarily with Bitcoin (BTC) programs, and coins like BCCA (Belize Crypto Currency Alliance) and ARMR.

Bitcoin is a form of digital currency, created and held electronically. No one controls it. Bitcoins aren’t printed, like dollars or euros – they’re produced by people, and increasingly businesses, running computers all around the world, using software that solves mathematical problems.

It’s the first example of a growing category of money known as a cryptocurrency.

What makes it different from normal currencies? Bitcoin can be used to buy things electronically. In that sense, it’s like conventional dollars, euros, or yen, which are also traded digitally.

However, bitcoin’s most important characteristic and the thing that makes it different from conventional money is that it is decentralized. No single institution controls the bitcoin network. This puts some people at ease because it means that a large bank can’t control their money.

Who created it? A software developer called Satoshi Nakamoto proposed bitcoin, which was an electronic payment system based on mathematical proof. The idea was to produce a currency independent of any central authority, transferable electronically, more or less instantly, with very low transaction fees. Have you tried making money with Bitcoin?

The satoshi is currently the smallest unit of the bitcoin currency recorded on the blockchain. It is one hundred millionth of a single bitcoin (0.00000001 BTC). The unit has been named in collective homage to the original creator of Bitcoin, Satoshi Nakamoto.

Watch this video to learn what Bitcoin is: Bitcoin Training 2017 by Max Garza III

You can find MANY more videos about Bitcoin on YouTube, but my advice is to watch the newer videos and to avoid the older videos because many of the programs and sites recommended in the older videos are no longer around.

Videos Recommended to Learn About Bitcoin

When you come across some good videos, let me know and I will add them to this page.

BEFORE you join ANY programs to earn cryptocurrency, you HAVE TO HAVE a wallet address in order to (1) send your cryptocurrency coins to pay for things and (2) to receive your earnings.

As soon as you join a program, they are going to ask you to enter the wallet receiving address, the place where you want your earning sent. So, BE READY. Have your wallet account already set up.

You can use many of the sites that exchange currencies for your wallets as well.

CLICK HERE for instructions on how to set up your Blockchain wallet.

CLICK HERE to see some faucet programs. Faucets are programs you can use to earn some Satoshi to help you fund your cryptocurrency adventure.

There are many other programs out there that allow you to earn cryptocurrencies. Be careful! As with anything, there are always those that are just out to take your money. When you come across something that piques your interest, Google it and look on YouTube to see what you can find out about it. Look at multiple sources because there are always a few people that are unsatisfied with any program. Read and listen to what they say, THEN make your decision as to whether you want to get into it. A good rule of thumb when you are putting your money anyplace is: “Never use money that you cannot afford to lose.” That’s not saying that you WILL lose your money, but there is always a risk with things you are not familiar with. 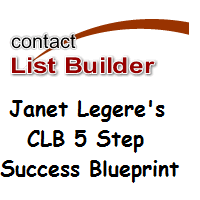 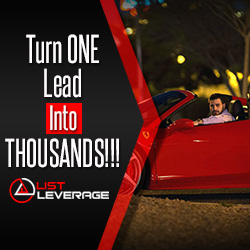 Get Paid EVERY Friday with

Get your own CBD oil business for FREE! Click on CTFO to learn more about it.

Get Paid Leads from MLMLeads.com